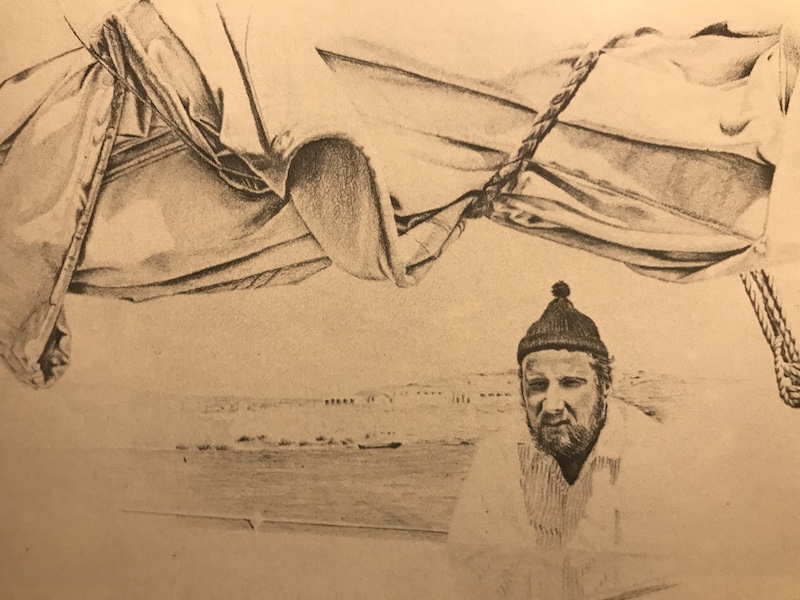 Senator Joseph McCarthy is the recognisable face of a wretched four-year period in the United States that was known as the Second Red Scare. Starting in 1950 with his accusation in a speech that the US State Department contained Communist Party members and a spy ring, he gave rise to the practise of what became known as McCarthyism; the act of levelling unsubstantiated charges of treason or subversion through smear campaigns that spread suspicion and resulted in a polarised atmosphere from Washington D.C. to Hollywood.

A form of it appears to be very much back in fashion on both sides of the Atlantic Ocean these days, but perhaps it is the blandness of the architects rather than the recklessness of their activities that is the most notable common denominator. US Senate Majority Leader Mitch McConnell in particular, but by no means exclusively, bears more than a passing resemblance to the following description from a fifteen-minute radio recording on the subject of the Army-McCarthy hearings, which was commissioned by the BBC and written by Peter Ustinov*. It was recorded at a Don Lee Mutual studio in April of 1954.

“To the outside observer there is nothing particularly striking about the Senator – there is no fire, no perceptible fanaticism, and curiously no oratorical powers. Words come more easily to him than sentences, which is normal; but even words fall grudgingly from his lips – his eyes, meanwhile having all the dispassionate intensity of a lion who is having his own private troubles gnawing a juiceless knuckle. His voice is plaintive by nature, and trembles obediently when a particular emotional tone is ordered by the brain. On other occasions, it tries the elusive intonations of sarcasm, sounding much like a car with a dying battery, and even attempts the major key of jocularity when bonhomie is called for, but it is a sad laugh, and one which does not invite participation.

It is as though he had cheated the physical restrictions placed on him by nature, and had trained the very shortcomings of his equipment into weapons. His own evident lack of wit makes him impervious to the wit of others: his own inability to listen makes him immune to argument; his own tortuous train of thought wears down the opposition; his crawling reflexes, his unnaturally slow and often muddled delivery force quicker minds to function at a disadvantage below their normal speeds. And yet, cumbersome as the Senator is in action, his changes of direction, like those of the charging rhinoceros, are often executed with alarming ease. A mind trained in all the arts of tactical expediency urges the ponderous machinery on its provocative way.

Whenever he is compelled to admit that he doesn’t know, he does so with an inflection suggesting that it isn’t worth knowing. Whenever he says he does know, he does so with an inflection suggesting that others don’t – and won’t. This then is the outward face of the man who has heard voices telling him to go and root out Communists – and this is the face of a man who recognises his potential enemy in everyone he meets. Like a water-diviner, he treads the desert with a home-made rod, and shouts his triumph with every flicker of the instrument, leaving hard-working professionals to scratch the soil for evidence.

No one who has enjoyed an argument, no one who has entertained a challenging doubt, no one who relishes an unfettered view of history and of the current scene, could possibly be a communist. But anti-communism is no creed – democracy is no creed – it is a vehicle for the enjoyment of freedom, for the ventilation of thought, for the exercise of mutual respect, even in opposition. This is the heritage which has given debate its laws. This is the heritage which is traditionally so near the heart of this immense republic, and for which so many of her sons have died.

When anti-communism attempts to become a creed, it fights with the arms of its enemy, and like its enemy, it breeds injustice, fear, corruption. It casts away the true platform of democracy, and destroys the sense of moral superiority without which no ethical struggle is ever won.”

With so many tigers now being ridden in the pursuit of this agenda or because of that belief, it is all but impossible not to see parallels between Ustinov’s description of Senator Joseph McCarthy then, and the demonstrable spitefulness and spinelessness of so many politicians and political operatives working in Washington and Westminster today. Only time will tell if their careers and legacies follow the same trajectory, and with today’s top story being a senior civil servant resigning on live television to accuse the home secretary of being a dishonest, foulmouthed bully whilst revealing that the government had tried to buy his silence, it’s not too far-fetched to imagine that they might.

*The sketch of Peter Ustinov accompanying this post and the text from his radio address are both taken from his autobiography ‘Dear Me’, published by William Heinemann Ltd in 1977.