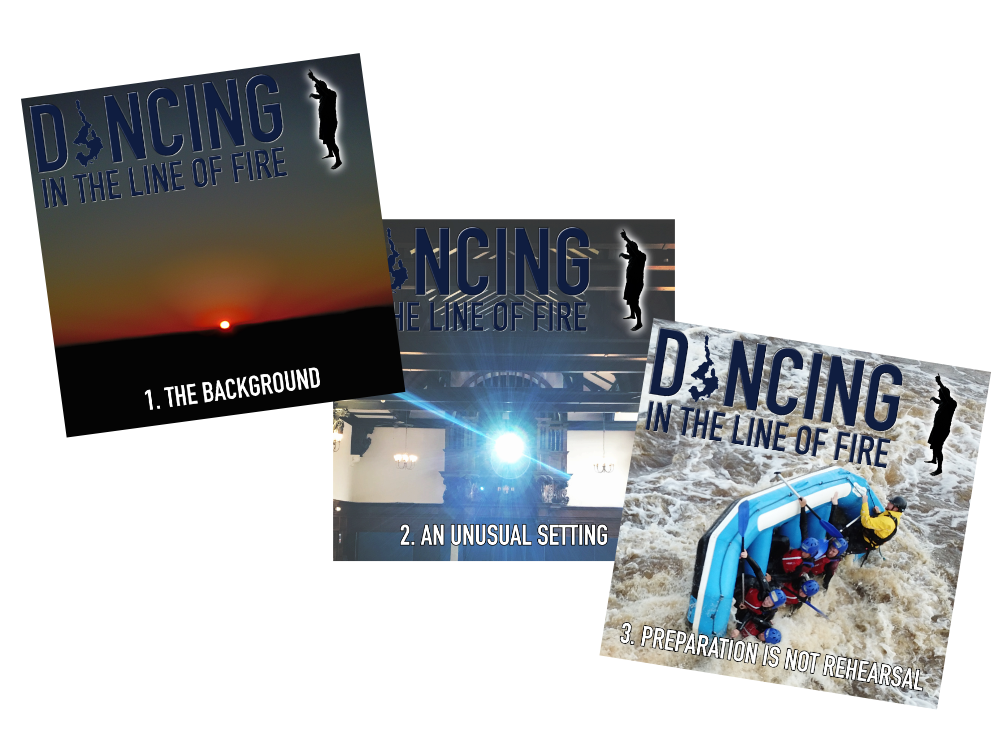 Of all the work I have created in in my career so far, I feel most proud of the book that I published six years ago, and I suspect that this is because it is the only thing I have ever produced that I can hold in my hand. As soon as I had finished it, I quite fancied myself as a writer and immediately set about starting another one. Rather than a whimsical chronicle of the early years of my family’s transition from an urban to a rural existence, this time I set my sights on writing something with a more professional purpose.

I decided to construct a narrative from all the thoughts and ideas that I have developed, adapted and refined in my professional capacity as a transferable skills trainer, specialising in presentation and communication. I reasoned there must be a market, however small, for such a book, and with all the enthusiasm of a child who has finally learned to ride a bicycle without stabilisers, I catapulted myself into the project. I carved out early mornings as my dedicated writing time, and became a regular at 6am in Costa Coffee in Hereford on Friday mornings. There I found free wifi, power sockets, great coffee and motivation. It was perfect, and my weekly visits yielded a substantial amount of text.

Over the better part of a year I persisted valiantly, but the early morning coffee shop visits lessened in frequency. The more I wrote, the more I thought about what I was writing and the more I felt the need to go back and re-write what I had already written. For a few months I chased my tail in this manner until the project developed a quality that Alan Watts would refer to as all wretch and no vomit. Inevitably it came to a juddering halt sometime during the first months of 2017, by which point I had a 1.3 Megabyte file on my laptop containing 34,784 jumbled up words that I euphemistically referred to as ‘my next book’. I had no idea how to rescue, let alone finish it, and like a child playing hide and seek, I covered my eyes and hoped it wouldn’t notice me. In the dark I became keenly aware that the image of Hemingway in my head had somehow morphed into the sound of Harry Callahan drawling “a man’s got to know his limitations.”

In the four years since, I have ignored it, felt shame when I’ve remembered it and become really good at finding other things to do. In short, I am just another tedious incarnation of the famous joke, told by the late Peter Cook, about two men chatting. “I’m writing a book,” says one, whereupon the other says: “Yes, neither am I.”

A few weeks ago, during a conversation with a dear friend with whom I have worked for many years, the topic came up and the quality of our relationship and depth of our trust meant that I felt completely comfortable to lay bare my feelings of inadequacy and frustration. She asked if I would like to spend a little bit of time taking part in some coaching conversations with her to see if together we might untangle the mess. For our first one or two conversations I described the history of the project from bright start all the way through to damp squib, and she listened forensically and diagnosed accurately all the pitfalls and dead ends that had tripped me up. Like so many, I fail to see my habits clearly, which so often means that I am one of my biggest problems. With her generous support, I have committed to a course of action and, as a result, things have started to change because I have finally realised that I need, if you’ll pardon the 1970’s film reference, not a bigger boat, but a much smaller one. Lots of smaller ones.

The way I work capitalises on the fact that I am both myopic and lazy by nature and my attention span complements this. I can deliver a three hour workshop but can’t imagine how teachers last a week, I can write a blog but not a book, and I can create a five minute video but the less said about my efforts on film the better. All too soon, something else takes my attention or my curiosity wanders, and I want to do something completely different and unrelated. I am what Liz Gilbert describes as a hummingbird; I just don’t have the stamina. Thanks to my friend’s careful and skilled guidance, I’ve realised that if I am to get anywhere with this project, I need to combine multiple deadlines with frequent feedback and short-term quick wins.

So I have set out on a new journey over old ground. Using the narrative already written as a pile of raw material to begin with, I have started to cut off digestible chunks that can be edited, revised and polished as podcasts. By reacquainting myself with the skills taught to me by John Leonard at the Guildhall School of Music and Drama in the late 1980’s, and Roy Spencer at The Arts Educational Drama School in the early 1990’s, I am acting as sound engineer and voiceover artist for a series of short podcasts. Rather like the HS2 Tunnel Boring Machine currently chewing its way towards Birmingham beneath The Chilterns, as each recording is produced, the distance left to travel becomes that much less; something that should register as a slowly moving blip on my motivational radar. The hope is that when it’s complete, I will have accidentally created the structure and content of the book that I can’t seem to write.

The purpose of posting this blog is to create a sense of expectation and obligation for me to meet. I aim to create podcasts of approximately ten minutes in length and publish them on a weekly basis, with the final episode being drafted throughout the process in response to the questions, comments and challenges that the recordings hopefully provoke along the way. So far I have completed the first few episodes, and my spare time is dedicated to writing, recording and editing further content in readiness for publication. I’ll need to time the launch carefully, as that will determine the approximate date by which the project must be complete. Experience shows that without such a rock and a hard place, I never seem to get anything done.

Thanks to a few well-phrased questions and poignant silences, I now look forward to working on this project for the first time in years, and I am reminded of and grateful for the fact that a friend in need is a friend indeed.

Postscript. Now, at the start of July, ten episodes have been written, recorded and are ready for publishing. I’ve been shown by a generous friend how the world of podcasting works, and have set up the “Dancing in the Line of Fire” podcast and published a trailer. It is available for free on a variety of platforms such as Apple, Google and Spotify, and you can find it here.

Post Postscript. In October of 2021, I recorded the final podcast, and a short while after published the book it had taken me six years to write.