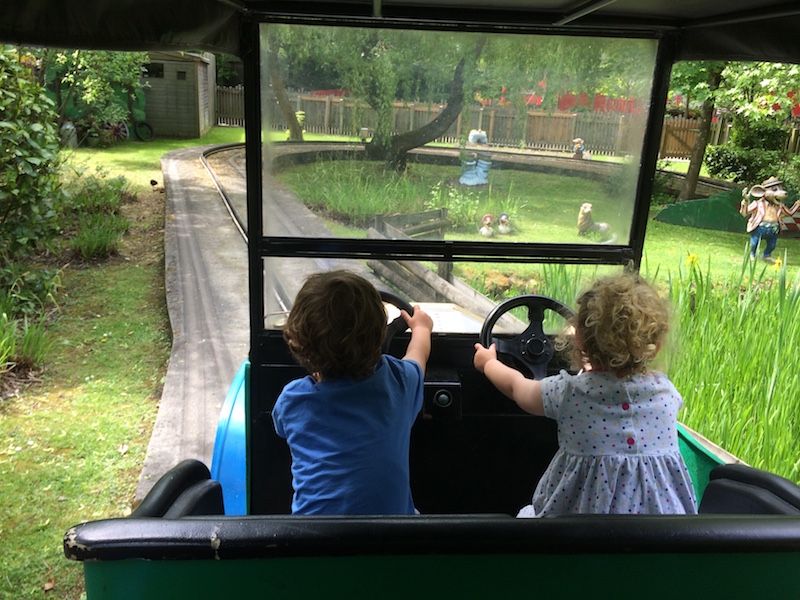 In her book Being Wrong: Adventures in the Margin of Error (2010), Kathryn Schulz explores and considers the value of mistakes. She claims that none of us like being wrong in the present tense. We will happily tell funny stories about the ones we made in the past and openly admit that we are certain to make more in the future, but we cannot stand the toe-curling sensation that occurs in the very moment that we realise we are wrong. I’ve long agreed with her point of view, and about six weeks ago I tested her theory.

Thanks to our food and fuel shopping habits, we have a glut of Tesco’s vouchers in our household that offer really good value when redeemed for meals at particular restaurants or admission at certain theme parks. Drayton Manor is just such a venue, as it’s only an hour away and houses “Thomas Land”, it’s a firm favourite for our young children. You can probably imagine the sort of place it is; filled with lots of exciting rides featuring all the characters from the television series, laced with a selection of outlets offering overpriced and undercooked food and not terribly thrilling for an adult. It’s right up our street really, and so there we went early in June as a treat for our son who had just turned three.

It was a lovely day and all was well. Harold the Helicopter was good, Rockin’ Bulstrode (he’s the boat) was scary, Cranky the Crane was too high and the queue for Thomas was just too long. Instead we took a ride on Winston the Inspection Car, which is an elevated track that makes a small loop around the park along which a sedan car gently travels. I was in the front with our son and my wife was in the back with our daughter, and we lurched around the track ooh-ing and aah-ing at all the sights we could see from our high position. As we passed Cranky I looked behind us and my heart froze. There was a man standing perfectly still and carefully tracking us with a video camera. He was some distance away, but I knew he was filming us. What on earth is a middle-aged man doing on his own with a video camera at a young children’s theme park?

Up until a year ago we had spent just under six years with people exactly like him aiming paparazzi-style lenses at us from the other side of our hedge. People followed us in cars around town and down the M40, others tailed us around supermarkets and filmed us from other tables in restaurants. It had an effect. It made us paranoid. Not for nothing are our cars and house wired up with CCTV now. Being hounded, pursued and framed as liars and cheats took its toll, and in the process we lost our privacy, dignity and sense of calm.

But anyway, back to our man with the camera at Thomas Land. As soon as I had seen him I mentioned it to my wife who visibly paled, and we finished the ride as calmly as we could. Then I left her with the children and went hunting with my smartphone in hand. It took me a little while to find him, but I’d have been able to pick out his clothes, stature and shoulder bag from a crowd of a million. What did I do? I spied on him. I filmed him secretly, followed him and then confronted him. What did I learn? That he was a granddad on a rare day out with his family, and he was making a video of the special day as a keepsake. He had wanted to film a number of atmospheric shots for its introduction, one of which featured me and my family in the background. And that he clearly thought I was a lunatic.

Poor man. No one deserves to have an irate me bearing down on them like that, and I’m not exactly known for my subtlety. I willed the ground to open up and swallow me, managed to mumble an apology, and left. I reckon I ruined his visit if not his entire day, and all for what? For a massive knee-jerk reaction that happens when I am with my wife in public and I see a camera pointed in our direction. I don’t see granddads with cameras, I see G4S operatives on surveillance duty. I see what I want to see, and with luck one day my adventures in the margin of error will be less predictable.