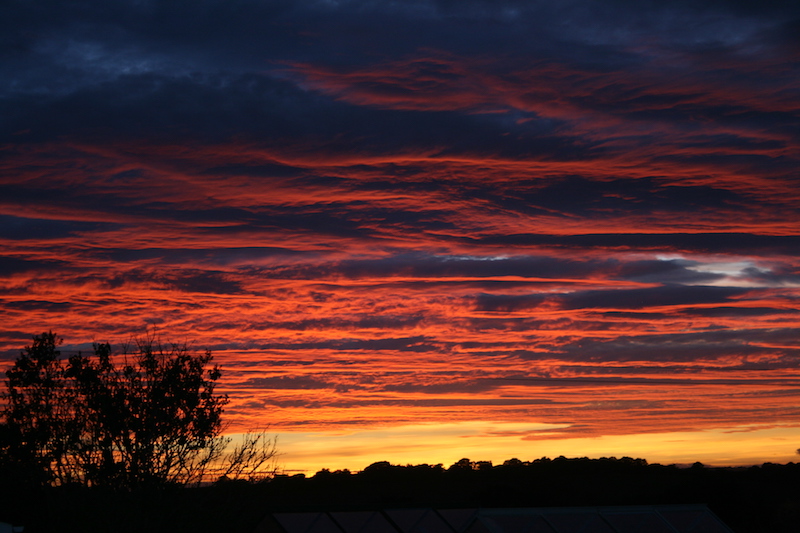 Recently one of our local schools has been put into ‘Special Measures’ by Ofsted for a whole host of reasons that are carefully laid out in a detailed report. Being a parent of two young children, one of whom is on the cusp of entering full time education, you may appreciate the interest I have in this and so I actually read the whole report. What strikes me most about it is the assumption that any of the single events deemed subjectively poor by one inspector can be taken to mean the presence of objectively defined problems. Now, I am not against Ofsted, the pursuit of excellence or creating a framework that allows people to judge themselves against others if they so wish, but I am increasingly uncomfortable when opinions masquerade as facts. It calls to mind something which has long bothered me; that we seem only to value that which we feel we can measure. I share the view of Sir Ken Robinson that our education system is a factory fashioned on the industries for which it produces fodder in the form of new recruits, and the overwhelming emphasis on testing might prove this. It’s not new; I’m not exactly young and my own formal education was far more a sequence of interventions designed to coach me through a number of exams than it was ever any kind of preparation for life after school.

But life after school happens, and after apprenticeship, university or vocational training we often consider our education finished as we start our career. And once there we are again measured and deemed a high achiever or under-performer, no longer according to the amount of data we can remember, but by how many products or services we help make, sell or buy. The television programme ‘The Apprentice’ purports to put candidates through a supposedly wide variety of challenges to test for and stretch the abilities that the business leaders of tomorrow will require, but strangely there has never been a single episode where the winning team was not measured by how much money was made.

It would be unfair of me to suggest that everything is about money, and I don’t wish to. There are many professions that use other measures to judge their performance; music, sport and art to name but three. Sport has the advantage of being built around the binary output of winning or losing within a set of rules, but along with music and art it’s value is often decided upon by the judgment of someone who is considered a professional. Frank Rich, the American columnist and essayist, earned the nickname of ‘The Butcher of Broadway’, as the theatrical reviews he published in the New York Times would often become the opinion of others, whether or not they had actually seen for themselves the show in question. We therefore have an imperfect but navigable series of mechanisms by which we judge the output of our intelligences.

Except for me there is an exception. Depending on your point of view (or, in my case, the website to which Google directs you) there are nine different forms of intelligence. Naturalistic, Musical, Logical-Mathematical, Existential, Interpersonal, Bodily-Kinesthetic, Linguistic, Intra-personal and Spatial. Each is clearly distinct and I believe they can be grouped into three categories; Intellectual, Physical and Emotional.

The first two are easy to measure and form the foundation of education, work and play. Achieving 97% in a mathematics test is good, 35% less so. Running the 100 metres in under 10 seconds is brilliant, but to do so in a minute is very pedestrian. There are thousands if not millions of examples that I could have picked; reaching the south pole on foot, inventing a cure for cancer, building a house, racing a car, raising money for charity, running a profitable business, cooking a meal that someone likes and so on. Where these two intelligences differ from the third is that they can be measured or judged and that seems to give them a special status. On the one hand, there is no shame attached to being not very good at them; there are plenty of celebrities who earn a living from just that, and I suspect they are happy to as they know it is not a reflection on their character. On the other hand, the contents of books about ‘living life to the full’ and ‘one hundred things to do before I die’ are almost all about excelling at them in some way. When it comes to Intellectual and Physical intelligence, you just can’t lose.

Emotional Intelligence is different. Here, you can lose precisely because it is considered a direct reflection on our character. But it can’t be measured, so our ability to refine, shape and train it is not commonly deemed of value. Conversely, and perhaps perversely, this very lack of a common denominator means that someone judging ours as lacking in some way can be very difficult to accept, and we suddenly get very good at knowing the difference between fact and opinion. “Oh you think I’m X or Y, do you? Well, that’s just your opinion, and what do you know?” is the sort of retort that I have both given and received many times over the years. Emotional Intelligence won’t earn you a PhD, a gold medal or a Michelin Star, and yet it holds huge influence over the motivations which will lead to them. But on its own, it never gets a curtain call; who wins a prize, title or accolade for becoming more tolerant, for learning to treat others with the very same respect they demand or for realising that their words and deeds have not matched and perhaps ought to? Without it we will struggle to understand the everyday problem so clearly and cleverly articulated in Pixar’s film “Inside Out.” On knocking over two boxes filled with cards, one marked ‘Facts’ and the other ‘Opinions’, Joy attempts to separate them but quickly gives up in frustration exclaiming, “These facts and opinions look so similar!” Bing Bong reassures her whilst shovelling handful after handful back in willy-nilly, “Ah, don’t worry about it; happens all the time!”

The school that my children will go to has teachers and a structure, facilities and a syllabus and it will attempt to educate them in the ways of the world by measuring them against an ideal that cannot conform to anything but, at the latest, yesterday. As no one knows what tomorrow will bring, it’s anyone’s guess how it will be judged during their time there, but whether my wife and I consider it outstanding or failing will be a matter for us and not Ofsted. My wish is that over time they continue to develop all of their intelligences, not just the ones that can be measured, and in particular the one required to understand that experiencing and enjoying the journey is worth as much, and sometimes more, than measuring the destination.