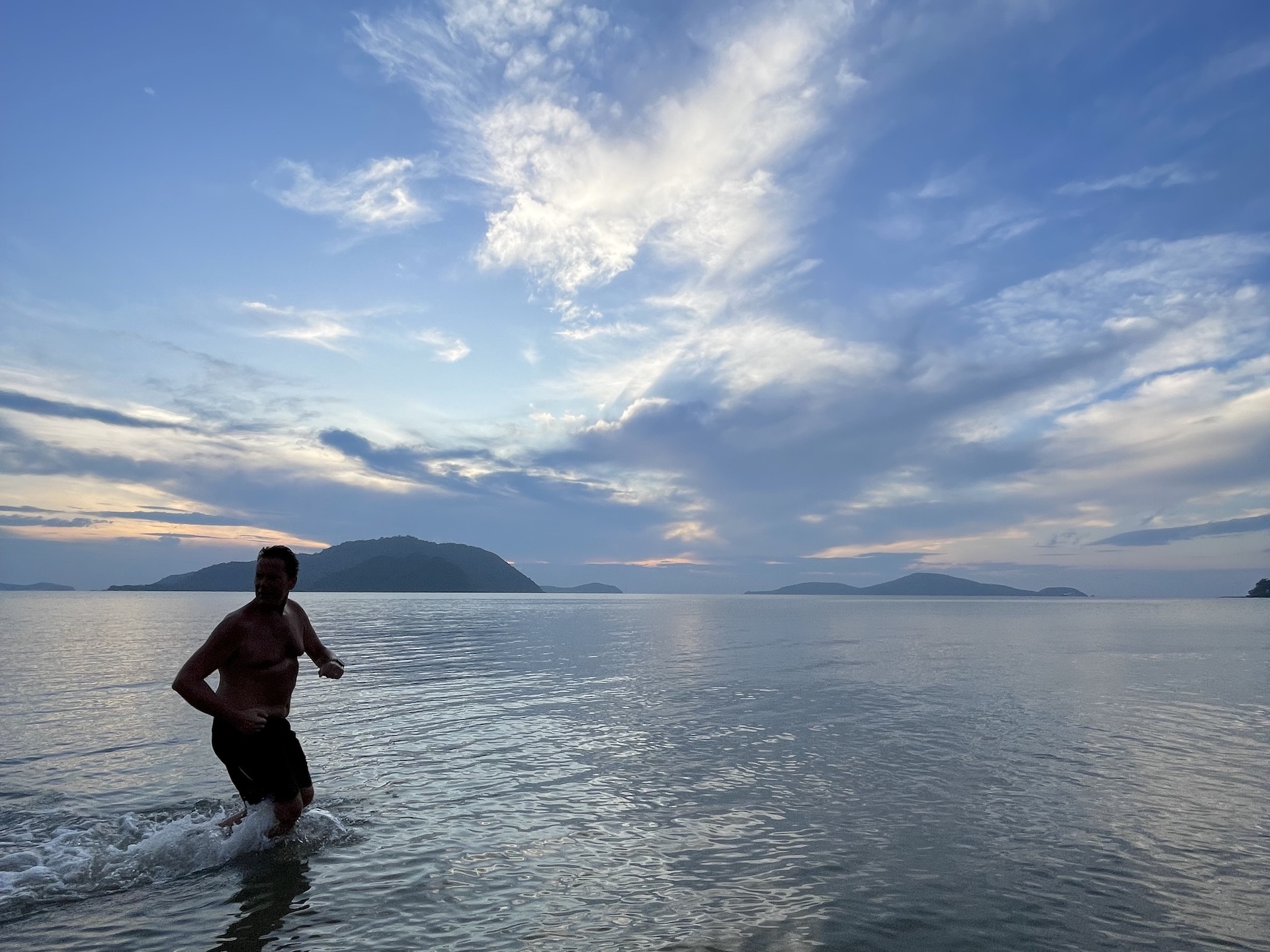 Having an objective is considered essential to the growth of a mindset or skillset, and when they are specific, measurable, achievable and realistic, the focus and momentum needed to complete them can be created. As you would expect, having worked in personal & professional development as a facilitator and trainer for just under thirty years, I’ve attended and been a part of numerous courses and workshops where they’ve been shared, discussed and reflected on. But the truth is I’ve never actually set myself a single one. Sure, I’ve written my fair share of them on flip charts, post-it notes and whiteboards; things like “become more resilient”, “develop my business presence” and “be less of a twat”, but I’ve always known deep down that my particular road to hell is paved with not just good intentions but practised indifference. I’m not just lazy; I also like my failures to have soft landings and be guilt-free.

I don’t mean to suggest that I don’t achieve anything of value because I do, but my life is mostly the product of happenstance laced with a predisposition to contentment. I’m lucky in that I’m very resourceful and can almost always make a purse out of a sow’s ear – but rate the serviceability of solid stitching over the rich feel of silk. I rely on intuition, flexibility, creativity and pigheadedness to navigate difficulties, overcome problems and drive progress. As Alan Jackson and Jimmy Buffet once sang, “it’s five o’clock somewhere”, and that’s about as close to a personal credo as I can get.

That said, I’ve long been aware of how important mental health is, but had never before thought it something that I had to dedicate time to and work on. By the late summer of this year I had become aware that almost everything I was doing seemed to take more effort and give less satisfaction than was usual, and the daily niggles and typical frustrations of life had clearly been building up over quite some time. Fullfillment, pleasure and joy were increasingly elusive and I found myself experiencing long spells of something with which I was unfamiliar; apathy. I cared about very little, was going through the motions at work and had become noticeably ill-tempered. I had no idea of what I should do about it, so I buried my head in the sand and sought comfort, as I often do, in the consumption of a good deal of alcohol and bad choices of food. Inevitably something was going to have to give, and it would have to be more than just my waistline.

Advised, encouraged and supported by my wife and children, I made the decision to disappear in mid-November to a health, wellness and detox retreat in Thailand for a month. I needed to completely forget about work, to rediscover who I am when not wearing the hats of parent and partner, to lose as much weight as I could in a natural and safe manner and to be still and silent for an extended period. It was an immensely selfish choice, one that brought with it more than a generous helping of guilt, but it felt urgent and was important. It also hadn’t escaped my notice that a month at such a clinic in Thailand costs roughly as much as does a week at one in the UK, and that’s not a fair fight in anyone’s book. 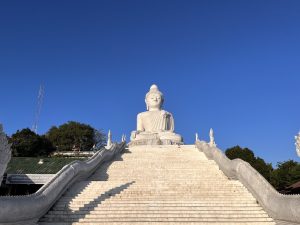 On November 20th I checked in to a retreat in Rawai, a small village on the southern coast of Phuket, where I found myself among a diverse range of folk from all walks of life. Fitness freaks, tree huggers, burnout warriors, people in need of a reset, a break from the past or a fresh start, and so many more. It was an environment like nothing I had ever witnessed before, and it was absolutely fascinating to witness the group dynamic shift, often markedly, on an almost daily basis as guests, each on their own journey towards better health of one kind or another, came and went. With a few I spent time, shared stories, exchanged encouragement and found support through a common purpose, and connecting with them helped shape my experience.

For four weeks I made almost no decisions for myself and tried everything that was suggested. This included daily hikes, juice cleansing, breathwork, trauma release, muay thai, fitness classes, aerial & bikram yoga, meditation, sound therapy, ocean walking, ice baths and countless Thai massages. In addition to physical exercise I revelled in an extended period of deep introversion and now, having returned just a few days before Christmas, I am so glad that I took this time out. It was an extraordinary month that I will remember for a very long time, and the closest I can come to describing what I discovered – or perhaps reconfirmed – are the words of Alan Watts in this short animation. 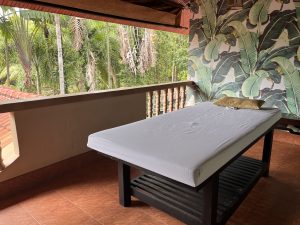 I also found that I really like walking. Not strolling and enjoying the view, but walking. Energetic, metronomic and relentless walking. I trekked along coastlines and beaches, around lakes, up mountains and – daringly – along busy roads filled with scooters and cars mostly driven with a typical Thai regard for the Highway Code and common sense. I took walks once, often twice and sometimes three times a day. I started with four kilometre walks and worked my way up to fifteen kilometre ones as my stamina improved, and in my last week was spending over six hours clocking up over 40,000 steps every day.

During these walks I enjoyed solitude, found the space in which I could think, completely forgot about my work and discovered an almost serene sense of calm. It turns out that walking in the warmth and beauty of Thailand where others make no demands on your time is remarkably easy. It’s also particularly good for the waistline, and over the course of one month my fitness app tells me that I walked 413.87 kilometres, climbed 9,815 metres and lost 14.2 kilos in the process. Go me. 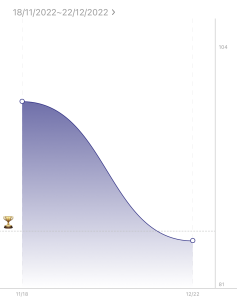 For the first time in my life I completed something clearly defined that I had set out to accomplish, am proud of myself for having done so, and the fog of apathy that has been clouding my mood for so many months has started to thin.

I am acutely aware of how lucky I am to have been able to take the time out to do this, and now that I am back in the cold, dark and damp of a Herefordshire Winter, my next goal is to not just keep the weight from returning, but continue to lose more at a slower and more manageable rate until I complete the BMI journey charted by my app from obese through overweight to normal. In addition to dietary choices, I’ve set myself the target of completing a 10 kilometre walk every day before 7am, and it will be quite a challenge amongst the demands of family, job, travel and my historically unreliable willpower.

It may be an objective that is specific, measurable, achievable and realistic – but just like the persistence Ted Hughes describes in his story of How the Whale Became, it will only be a successful one if I can turn a behaviour into a habit. The best chance I have of making sure this happens is, as Alan Watts insists, if I dance and sing while the music is being played.