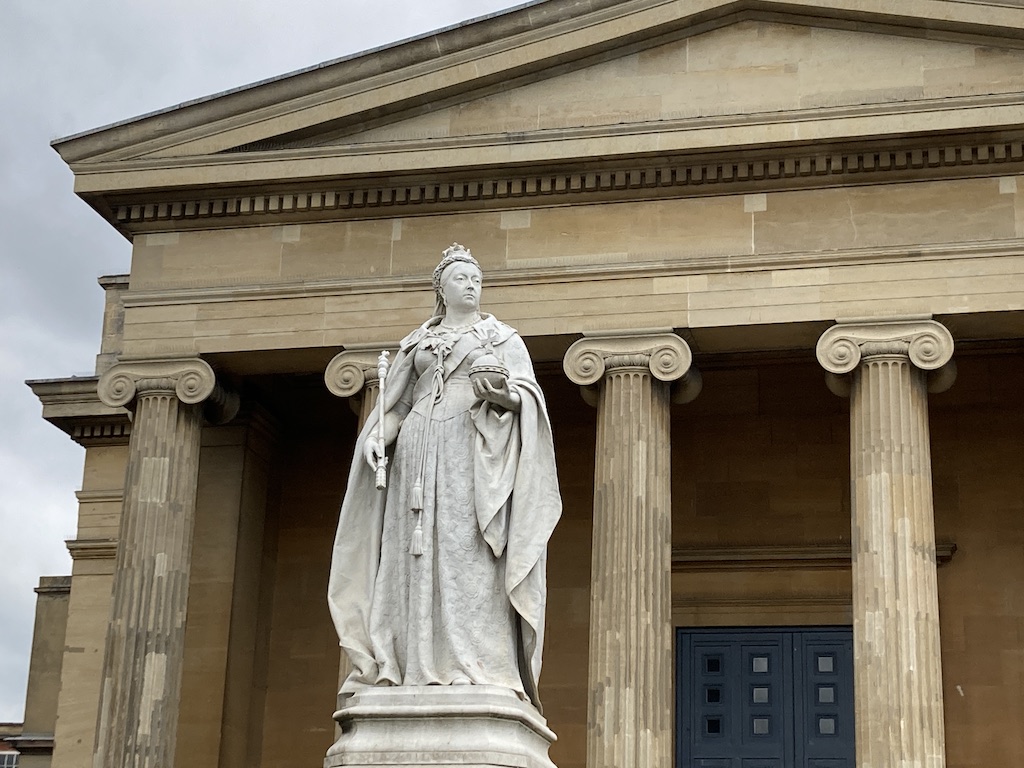 Many years ago I was involved in a large annual conference held at the Millbrook Proving Ground near Milton Keynes. As is common with live events, the successful production of it depended to a large extent on those responsible for its content completing their preparations in a timely manner. Only then could production start with construction of the sets, props, programme notes and all manner of logistics that a large event needs. Improvising in the moment, quick thinking and changing direction with no warning are part and parcel of this industry, but for me this particular event remains the gold standard for what happens when clients leave things too late resulting in the need for guess work, pulling rabbits out of hats and making things up in the moment.

I have a vivid memory of standing amongst numerous tables of seated delegates equipped with a large styrofoam board attached to a long pole on which were written the words “Customer Service.” Across the vast hall I could see my colleagues strategically placed in a similar way, and all of us were primed to do exactly the same thing, which was to wait, watch and copy someone else who knew what was going on. The problem, it turned out, was that no one did. Whilst I waited, my eyes roamed the sides of the hall in search of guidance, and in the shadows of a doorway I spotted the Production Manager. Our eyes locked over a distance of fifty feet, I saw her lips move and I heard the corresponding sounds of her voice in my earpiece. It was clear that she knew I had no idea what I was doing, and hissed “Get on with it!” With absolutely no idea what ‘it’ referred to, but through lighting fast deductive reasoning, I lifted my sign in the air and rotated it for all to see. Like a team of synchronised gymnasts, I noticed that every other facilitator in the room had heard her voice and done as I had, and the assembled delegates watched as an apparently slick and well-rehearsed team of facilitators displayed the company’s Key Performance Indicators.

At the end of the day we debriefed as a whole team with the client, and later that evening in our hotel the facilitators picked through the bones of the day. We discussed at length how, as freelancers, we often have little time to get up to speed with the content of an event, almost never have time to rehearse anything and are often expected to know what to do with little or no guidance. I remember coining a mnemonic, TU-FU-FO-SI, which summed up what it was like working working on events like these, and my colleagues enthusiastically agreed with it and suggested it ought to be on a T-shirt. If you’ll pardon the profanity, it stands for Turn up, Fuck up, Fuck off, Send invoice. Some years later I arrived onsite for another job with the same agency, and the Production Manager noticed I was wearing it. When I reminded her of the event that led to its invention, she suggested we all adopt it as our uniform and collapsed in fits of laughter. 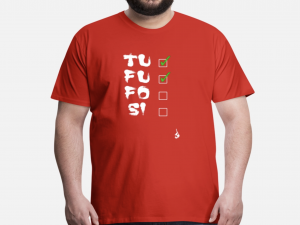 Earlier this year, I received a letter  from HM Courts and Tribunals Service informing me that I had been summoned for Jury Service due to start in August. Previously, due to my nationality, I had been ineligible for it, but now that I was on the electoral register my name was in the hat and had been pulled out. I briefly considered deferring it, but as it would only happen again, I reasoned that it was better to do it during the summer when my work schedule is typically lighter. As those who know me well will remember, events over the past ten years and more have left me with a healthy dislike and distrust of the legal system, and so I felt torn between wanting to have nothing to do with it and my curiosity to see its inner workings at close quarters. In the end my eagerness for the experience won, and I sat as a juror on a case with eleven others and watched as a theatrical pageant rivalling that of the House of Commons unfolded. The outcome turned out to be so controlled that, in retrospect, it was completely predictable at the start and it’s hardly a surprise that the law now prevents me from discussing it.

That said, I do now have the first-hand experience to observe that the view from the biased position of prosecuting a case is surprisingly similar to the impartial role one of assessing one, and I find it desperately sad that the words I wrote over seven years ago about my wife’s experience as a complainant seeking justice are equally relevant to my recent role as a juror tasked with providing it.

“Not everything that can be measured counts, and not everything that counts can be measured is an aphorism that describes perfectly why the law is a hopelessly inadequate tool with which to resolve personal injury disputes. People don’t measure an injury by what it is, but by what they’ve lost as a result of it. However, the law will not let you prove that your pint glass is half-empty, only that it contains ten fluid ounces. Any loss you have experienced is therefore not fact but opinion, the description of which is at the mercy of interpretation, agenda and politics. It’s a game of Chance for those who prosecute, Risk for those who defend and Patience for those caught up in it.”

The law and justice are usually presented as being entwined or at least closely related, but the former is a system that can be calibrated and the latter a personal perception that cannot be measured. As one concerns itself with a specifically defined act and the other seeks accountability for it, the two are demonstrably not the same and the gap that can exist between them is more than enough to allow the simple defence of saying something like “whoops, I thought it was ok – I didn’t mean it” to be enough for acquittal, which is something our current Prime Minister has turned into an art form. It’s all very well for Lady Justice to be blind, but if her scales aren’t zeroed to start with, then it’s perfectly possible for her to turn a blind eye to some deeply unpleasant behaviour driven by arrogance, conceit and an incredibly warped sense of entitlement, and I fail to see the point of it.

Throughout the case, the Royal Coat of Arms was proudly displayed above the judge’s head on the courtroom wall, which the website for the Courts and Tribunals Judiciary assures me demonstrates and signifies that justice comes from the Monarch. This is probably just as well as it didn’t come from me, my role having been hindered just like it had been all those years ago in Milton Keynes, only this time it was significantly less enjoyable and carried an impact that will last far, far longer. I remain just as jaded about the legal system as I was, only now with a greater sense of futility.

But I showed up as I was asked, did as I was told and left as soon as I could – so I shall be sending my invoice shortly.