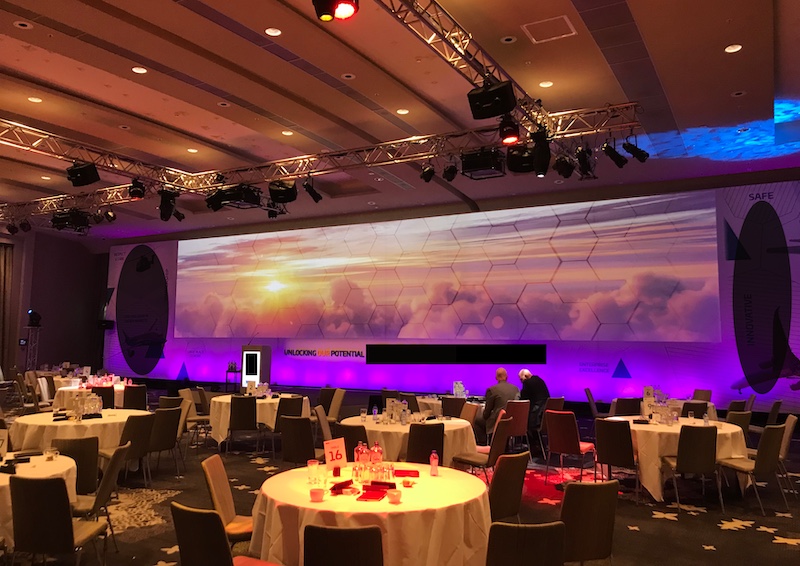 Having worked at several hundred senior leadership, middle management and shop-floor conferences over the last twenty years or more, I feel that I have experienced enough in order to assert that the good intentions of people working in internal communications, employee engagement and customer service training are often sabotaged by four particular communication habits that are found throughout the corporate world.

Ever since I grappled with the concept of the free gift around the age of ten, I have had an uncomfortable reaction to phrases where the use of an aggrandising prefix to emphasise something actually redefines the word in question. The idea for this article was born in the mouth of an employee at a conference several years ago who, when tasked with her team to come up with new and exciting ways to improve the company’s bottom line, confidently pledged to the two hundred assembled leaders that she would take “not just ownership to reduce our unplanned downtime, but real ownership”. In the blink of an eye, the old and, presumably now unreal, kind of ownership (itself a business expression that I have witnessed groups of managers spending upwards of an hour failing to agree a definition for) was cast out. Real ownership took its place in the ranks alongside the likes of the old stalwarts like Key Performance Indicators.

As KPI’s have been around for a while, I am too young to remember what the ordinary Performance Indicators were or why they needed to be put in the shade by the Key ones, but anyone with an insurance policy knows what it’s like to be an ordinary customer trying to renew a policy. You are an irritating detail grudgingly offered the dregs of customer service that are left once introductory rates have been lavished on the efforts to secure business from new ones.

As today’s New Persil washes whiter than white, I am left to wonder how bad the New Persil sold thirty years ago must have been – itself a product that promised to wash to an equally high level of whiteness. The relentless drive to be newer, better and more effective is laudable and indeed natural, but where will it end and what kind of ownership will we need to take once real ownership is no longer enough?

If there were a list of top ten sayings used by companies when talking about how they want to invest in and develop their employees, it’s a safe bet that “unlocking the potential of our staff” would appear in that list. Coincidentally, and amusingly for me, it’s the mission statement of a surprisingly high number of training and development companies (the word ‘our’ is simply replaced with ‘your’) and I imagine that the phrase is used with very good reason. It trips off the tongue, it sounds good, it’s short and it’s every PR and marketing person’s dream; what’s not to like about it?

Well, for me, it’s the crushing assumption that the talent and potential of these employees is somehow locked in the first place, and in dire need of someone to alert them to their untapped greatness.

Having run a great many breakout sessions aligned to all manner of development objectives, I can say that the vast majority of employees that I have come across do indeed have a great deal of potential. But it isn’t necessarily locked, it’s more often blocked, and it’s usually blocked by a leadership with priorities that mean they prefer not to allow their employees too much ownership, real or otherwise.

By way of example, I would say that almost all call centre operatives that I have met and worked with are capable not only of stringing a sentence together, but actually shaping one filled with appropriate language and accurate information peppered with individuality, humour and warmth.

The scripts they are forced to adhere to have been created by their leaders usually to create ‘brand alignment’ or to satisfy lawyers, and the only potential of theirs in need of unlocking that I have ever witnessed has been the pressure on their bladders. But that would need their leaders to remove the block limiting how many times a day they are allowed to visit the toilet.

There are supposedly only two certainties in life. Death and taxes. To this short list, I would like to add one more, as the fact is that sooner or later someone very senior at a conference will stand up and say: “our people are our greatest asset”. I’ve lost count of the number of times I have heard it, and it is one of the most hollow statements that can be trotted out at a conference. Tellingly, the frequency with which it is used dimishes in the run up to a ‘restructuring’, and at the first conference that immediately follows the euphemistically named redundancies, those lucky enough to still have a job are then subjected to it twice as much at the same time as being asked to do more with less and in half the time.

Contradictions also become evident at conferences where employees are told that they are being ‘fully empowered to take real ownership to drive productivity higher’, and to make sure that they do so by strictly adhering to all the processes that have been given to them.

Following an inspirational address by a CEO in which he promised that ‘now was the turning point in how we will work together’, the HR director stood up to state that he could not be expected to trust people unless he knew what they were capable of. I left that conference wondering whether the director was unclear on how trust worked or what interviews were for.

Nothing is more essential to a conference than vague language where things will be better, a new sense of confidence in the future is felt and the time to grasp the nettle has come. Obviously I haven’t worked for every company in the world, but I’d like to bet that there are almost none that don’t have at least one of the following in their brand values: Honesty, responsibility, innovation and ‘going the extra mile.’ They are indeed great words and phrases that evoke scenes of the relentless pursuit of perfection, tireless labour and altruism, but the problem is that your interpretation of the extra mile and mine are probably very different. To add to the problem, many of us can find it hard to actually articulate how long a mile is in the first place.

When it comes to being a brand value, these words mean very little and anyone who has dealt with a company that has overcharged them or failed to deliver a service knows that lip service trumps customer service.

At no conference that I have ever worked has an organisation been willing or able to define what they actually mean by their values, and their mission statements are often equally vague. The best effort I can think of is the John Lewis Partnership with ‘Never knowingly undersold’, which is a clear statement encompassing a seemingly measurable outcome. However, I’d wager that somewhere in their paperwork is a long paragraph that describes the length and breadth of what ‘knowingly’ actually means, and quite possibly what it doesn’t.

Perhaps organisations could do well to remember that they are nothing more than a collection of individuals, and as an individual I know that my values are not only hard to define, but far too complex to be summed up in a pithy statement. Take honesty; probably the most ubiquitous value on the planet for companies and individuals alike. I’d like to say that it is a value of mine; something I hold fast to and will not relinquish under any circumstance, but it isn’t. It’s an aspiration that can be thwarted by circumstance, and anyone can prove this by offering me a large sum of money on the condition that I say I like the filthy, pointless yucky spread called Marmite.