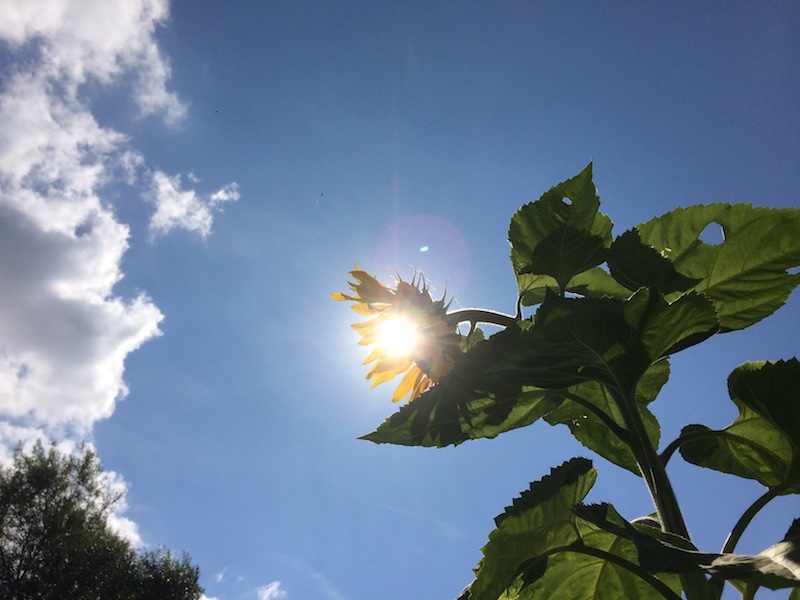 Patrick, a friend and work colleague of mine, tells this story from the time when he lived and worked in Zambia, organising safari and white water rafting trips for groups of tourists. Part of his job was to collect and return guests from the local airport at the start and end of their trips, and for these transfers they had the use of an old Land Rover that had seen far better days.

At the time it was not unknown for the local police to supplement their income by setting up random checkpoints on roads to check the roadworthiness of vehicles, and issuing fines as they deemed appropriate. One fine August day they were on their way to the airport, and as they passed through a suitably deserted area with no houses or people around, a uniformed officer stepped from behind a tree and raised his hand beckoning them to stop. Patrick leaned out of the window to protest, his face clearly showing displeasure, but before he could utter a word, the policeman barked; “Ah but, I have to inspect your vehicle to make sure of it’s in a suitable condition to be on the road. I therefore need you to wipe the wipers and toot the hooter”. The last rains had been several months before, and the layers of dust had firmly cemented the wipers in their place since then. As he flicked the switch, Patrick knew full well that the wipers would do nothing. Undaunted by the policeman salivating in anticipation, he then tried the horn button, and as both he and the policeman craned their heads to listen, there came a sound from somewhere under the bonnet that resembled a small animal’s dying groan. Despite the car’s best efforts, things were not looking good.

Patrick next tried logic; “Now look here, it’s the middle of the dry season – why on earth would we need wipers for God’s sake?” Seizing upon this clear lack of respect for his authority, the policeman wagged his finger; “Ah but, you should be grateful I am not checking tyres today!” Realising that that the tyres on his Land Rover would not exactly pass an MOT, he then tried charm; “OK, I’m really sorry. What about if I promise to get the wipers fixed? Can’t you let me off with a warning?”

“No, my friend, I’m going to fine you and teach you a lesson so you don’t do it again”. Patrick had tried everything he could, but nothing had worked, and on top of being fined he was also going to be late to collect his clients. In defeat there seemed to be nothing left for him to say except: “You cunt.”

The policement leapt forward, his face inches from Patrick’s and his finger jabbing him in the chest as he hissed triumphantly: “Ah but, I can and I will!”