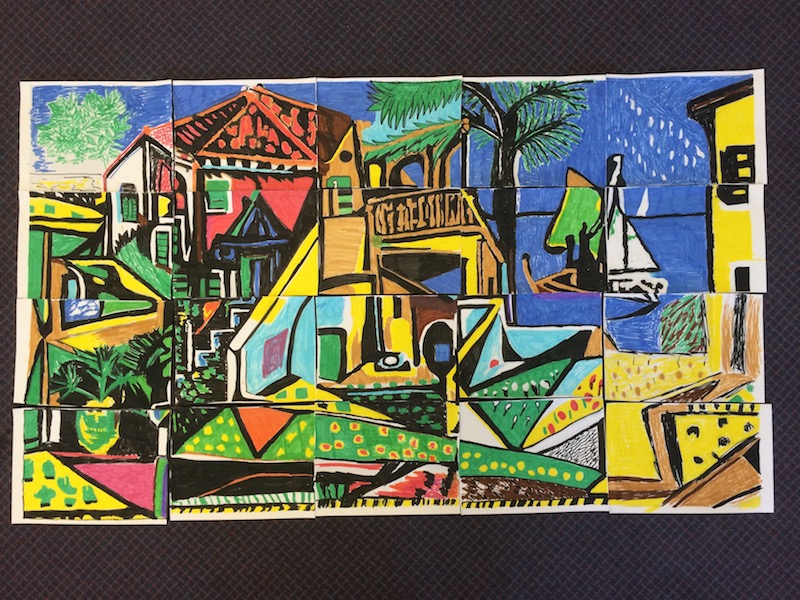 With two young children aged four and almost six, much of my time with them is a blend of play, peacekeeping, persuasion and answering a great number of questions about why the sky is blue, water is wet and toys must be put away at the end of the day. In our efforts to keep up with their ravenous thirst for knowledge, my wife and I use all the resources at our disposal, but often feel as though information, not to mention patience, can sometimes be in short supply. Whilst we cherish these moments of hunger and wonder, it is also true to say that we frequently long for the peace of the loo and a locked door, where we can lose ourselves in quiet contemplation or trawl across the Internet as we choose.

Being of a somewhat optimistic and forward looking nature, I rarely glance in the rearview mirror of my life and as a result, the past and my association with it is mostly governed by recesses of my mind that I am not fully aware or in control of. It is presumably from these depths that a sound surfaced about a year ago; specifically the voice of an older lady speaking with a lawyer in a mid-atlantic accent, and it was to loop over and over again in my mind like an ear worm for almost a year as I slowly unearthed its origins through snatched moments of privacy.

It wasn’t until this November that I found it to be an excerpt from the original 1969 Miller-Brody/Random House audiobook recording of “From the Mixed-up Files of Mrs Basil E. Frankweiler” by E. L. Konigsburg. Growing up without a television, it this particular recording, and many others like it, that I listened to time and time again during the evenings and weekends of the mid 1970’s. I downloaded a copy as soon as as I was able, and was impatient to get reacquainted with it.

At the beginning of December I had my chance when I set off for a work trip to London, and started the recording as soon as I joined the motorway just south of Ledbury. The story follows Claudia and Jamie Kincaid; two young children who decide to run away from home to the Metropolitan Museum of Art in New York City to escape their feelings of not being appreciated at home. They hide in the restrooms at closing time and spend their evenings bathing in fountains, sleeping in four-poster beds and learning about the Italian Renaissance. Becoming fascinated with a new exhibit of uncertain provenance, they dedicate themselves to solving the mystery of its creator. They draw a blank at the museum, but then travel to meet its wealthy donor, a Mrs Basil E. Frankweiler, in the hope of finding answers. It is she who narrates the story, her voice that has been lodged in my head for over forty years, and I am glad to find that the recording remains as engaging to me now as it was then.

I am familiar with the idea that music offers satisfaction through the pleasure of prediction and completion, and also have discovered for myself the phenomenon of physical memory, where fingers remember how to play a long-forgotten piano tune learnt as a child. However, I had not previously experienced a similar sensation with the spoken word, and I found that the timbre, tone and timing of the voices was prompting the next sentence to be reconstructed in my memory in real time. And it wasn’t simply the storyline, it was the exact words and the particular way in which they were said that were coming sharply into focus on cue, which allowed me to perform a simulcast as I drove. I found it utterly exhilarating, was beaming from ear to ear, and am certain that it could only have happened with this recording.

The cherry on the cake of my nostalgic audio adventure came as I passed Membury Services on the M4; it was rediscovering the following nugget.

“I think you should learn, of course, and some days you must learn a great deal. But you should also have days when you allow what is already in you to swell up inside of you until it touches everything. And you can feel it inside you. If you never take time out to let that happen, then you just accumulate facts, and they begin to rattle around you. You can make a noise with them, but never really feel anything with them. It’s hollow.”

This short speech, given by Mrs Frankweiler to the children in the closing moments of the story, resonates strongly with much of what I have come to believe over the last twenty five years. It’s a thought that has clearly been around for a while, and will likely become one of those things that my children hear often enough over time that they start to mimic me saying it behind my back while pulling faces at each other.