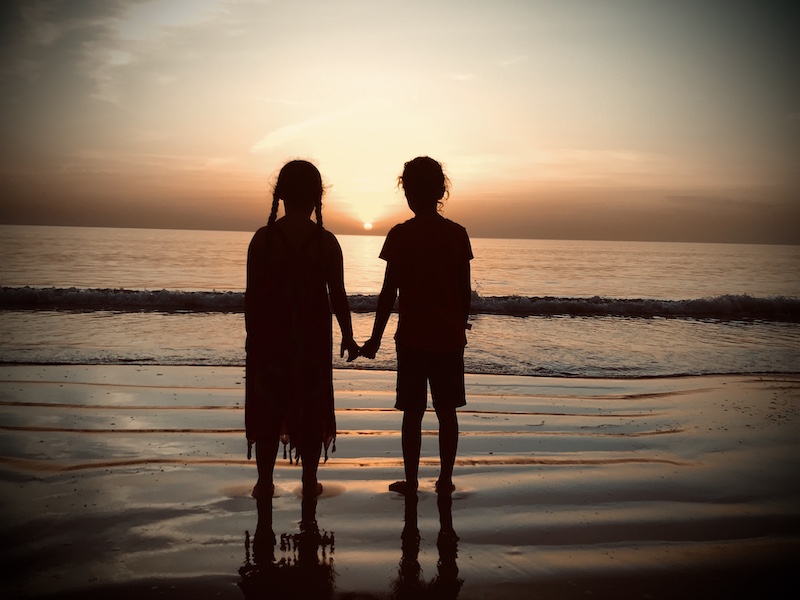 The 1989 film Say Anything… tells the story of a high school underachiever called Lloyd from the wrong side of the tracks who falls for Diane, the girl of his dreams in the form of the class valedictorian on her way to better things. A predictable Hollywood teen romcom, it contains one of the most iconic scenes of the eighties in which boy tries to recapture girl’s heart having lost it through circumstance. He does this by standing outside her bedroom window at dawn and blasting out Peter Gabriel’s In Your Eyes from a boombox held above his head in an attempt to get her to not just understand, but feel how much she means to him. Beautifully summing up the earnestness of young love, the scene quickly became one of cinemas most parodied, and represented the type of connection many at the time aspired to, myself included.

The current state of bewildered confusion and isolation that we are all living in, despite its difficulties and sometimes too-awful-to-bear realities, also seems a catalyst for potential. Nationwide pollution levels have fallen, wildlife has tentatively started to reclaim urban areas and we now have a clear distinction between jobs that are important and those that are essential. At a local level, neighbourly concern and community support seem in plentiful supply, and there can be few of us who have not had far more time than usual in which to reflect and, it seems, bake. Whenever we eventually emerge into a new normality, we will surely have missed a trick if we retreat to the comfort of how things were rather than step forward into how things could be, and with so many examples of individual and organisational creativity, resilience and ingenuity, it is clearly something within our gift to realise. Whether we insist on it remains to be seen, but one thing that almost certainly will not change is the central role social media, apps and the Internet plays in our lives.

I am more guilty than most of over-reliance on my smartphone. It is rarely not with me, I spend too much time on it for both work and play, and my family often point this out to me. I regularly admonish myself, promise to do better and promptly fail. Organisations like Shine Offline work hard to mitigate the extent to which digital distraction interferes with wellbeing, but the truth is that if our real connections are threatened by virtual ones, then we have only ourselves to blame, as the video below demonstrates.

And yet technology and social media have become our lifeline for the present; the only way through which we can relate to each other. Schools have been astonishing in the speed and care with which they have closed down, created lesson structures and reopened in a virtual space for their students, and our children’s teachers have been instrumental in helping us maintain the daily motivation and momentum needed to minimise the disruption to their lives. With incredible creativity and innovation, companies have restructured themselves, their supply chains and product delivery so as to ensure their survival and ours, and information about what can be found and where is instantly and widely shared in local online groups. There is certainly a far greater number of apps at our disposal than I am aware of, and in the past fortnight I have made exhaustive use of Zoom, Facebook and WhatsApp.

But, at the risk of sounding misanthropic, the signal to noise ratio is sometimes so low as to drown out the purpose with which we now cling even tighter to our electronic companions. If I consider the recent messages of a number of WhatsApp groups to which I belong, if I think about the impersonal manner in which professional introductions are most commonly made on LinkedIn (as shown below) and if I think about the majority of the content on that I see on Facebook, it seems most of us are currently sitting behind our devices laboriously forwarding other people’s jokes, firing out boxes of business cards in the hope that some of them land and sharing meaningful memes without worrying too much about whether or not they actually mean anything to the people with whom we are supposedly trying to connect. 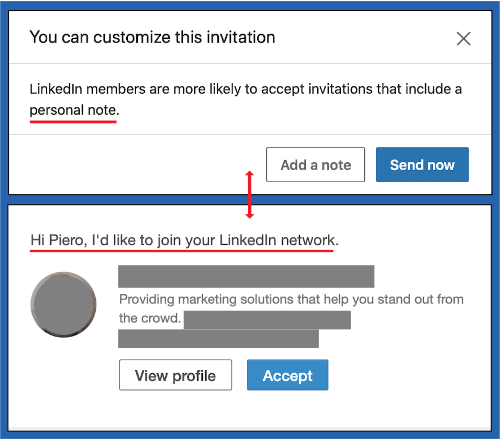 And, lest you are now rolling your eyes at my apparent disdain, I do realise I am a part of the problem, and not just with this post. But if that much copied scene in Cameron Crowe’s film has become an archetype of the modern day serenade, it is only because it so magnifies the point it makes: that to make a real connection with someone, you have to do something specific. And whether face to face or online, that might be to say something rather than to copy, paste and share copious amounts of just anything.