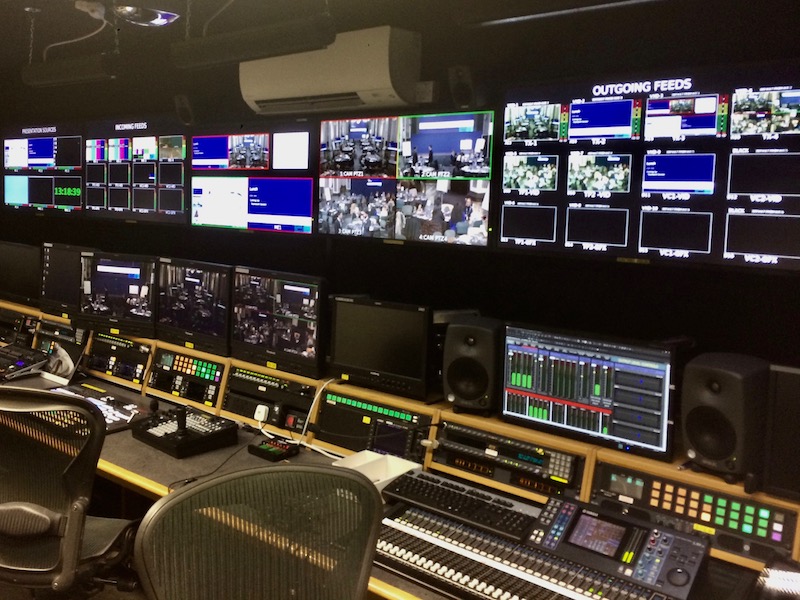 Information is power and those that control or influence it have always wanted to guard their position, meaning they have always been concerned with, rather than committed to, the highest of professional ethics. During the sixties and seventies episodes like the Profumo Affair and Watergate demonstrated the incredible reach of the media in gathering and exploiting information for the purpose of educating the public and holding politics to account. Then, in the noughties, the Phone Hacking Scandal showed that they were just as thorough when it came to their own nefarious ends. The common denominator in both cases was profit.

Mitchell Stephens, a professor of Journalism and Mass Communication at New York University, explains that the origin of ‘News’ is the human desire to exchange information in an effort to understand our situation. Centuries ago we were all participants in that process, but it became a business with the invention of the telegraph and steam press about one hundred and fifty years ago. These allowed information to be gathered from further afield and distributed to a wider audience, and the arrival of the reporter and editor made it then possible to seek and sell the News. Once the model was established, the advent of photography, radio and television served to increase audience size and we were consumers with little choice but to accept whatever the gatekeepers fed us.

Now approximately half of the world’s population is equipped with smartphone and access to social media, so individuals like Logan Paul can compete neck and neck with the old establishment whilst being equally able to shock, titillate and offend in the name of journalism. With his ravenous appetite for influence and revenue, you can be sure that Rupert Murdoch would dearly love Mr Paul’s 16 million YouTube subscribers and would prove himself a hypocrite if he wanted to assert that broadcasting a dead body is distasteful*. Technology has made it possible for us all once again to be participants in the production, distribution and consumption of the News, and the small matter of taste is as subjective as ever it was.

With eyewitnesses waiting to record and upload events on every corner, journalists now chase ambulances in the same way that lawyers do. Such a cut-throat world encourages all manner of expediency, and the pillars of journalistic wisdom have suffered from a great deal of erosion. Now it is commonplace for headlines to be deliberately misleading so as to entice long before they inform. Factual content takes second place to the salacious speculation that sells, and I have lost count of the number of times when a news anchor breathlessly asks an eyewitness reporter “so, how bad could it have been?” when it clearly wasn’t bad enough for good ratings. News has become show-business to such an extent that when interviewing experts, who naturally use the more prosaic language of thoughtful deduction and careful observation, a little help is needed to create the desired dramatic effect.

The link below leads to a video of Matt Frei, the Europe Editor and Presenter of the Channel Four News, when he interviewed Bassma Kodmani, Co-founder of the Arab Reform Initiative on Friday 7th April 2017, the day Donald Trump launched 59 Cruise Missiles against Syria.

Below are transcribed all the questions that he asked Ms Kodmani during the three minutes that she was on air:

“So is the saviour of the Syrian revolution now called Donald J. Trump?”

“That’s the point though isn’t it, because if Assad targets civilians with barrel bombs, which he has been doing plenty of in the last few years, the Trump administration doesn’t seem to mind that much. The was probably just a one-off strike, and the reality on the ground which had Assad winning will probably not change.”

“But isn’t there a real danger here of raised expectations, and that what we’re not going to see – probably – is a proper strategy for removing President Assad from the Americans; they’re ultimately not interested in that. Briefly.”

Every question is closed; a dramatic and presumptive pronouncement delivered in exchange for her approval. Each is targeted towards a predetermined position which the viewer is meant to consider hers, despite a lack of agreement, and I felt he caught himself during the last question and hastily inserted the word ‘probably’ to keep the appearance of impartiality. His occasional interjections during the latter part of her replies reveal a desire to interrupt, and while these might have been prompted by a producer’s voice in his ear urging him to keep the interview short, the nauseating ‘briefly’ uttered at the end of his final statement illustrates that any time saved from the exchange will come solely at her expense. She was, I suggest, invited on air as set dressing to lend her credibility to his narrative, and with respect to Matt Frei and Channel Four, I consider it a hack job. It is also by no means the exception; I could easily have picked a different example from another source.

For as long as we get our news from businesses who must concern themselves primarily with ratings and profit, the information we get will always be second to the stories they tell. We might be well advised to take matters into our own hands by searching for the information we want, rather than accepting the News we are given. If not, we are almost certain to have less and less with which to reach a balanced conclusion by ourselves.

*On December 31, 2017, Logan Paul uploaded a video to his YouTube channel that showed the recently deceased corpse of a man who had committed suicide at the base of Mount Fuji in Japan.