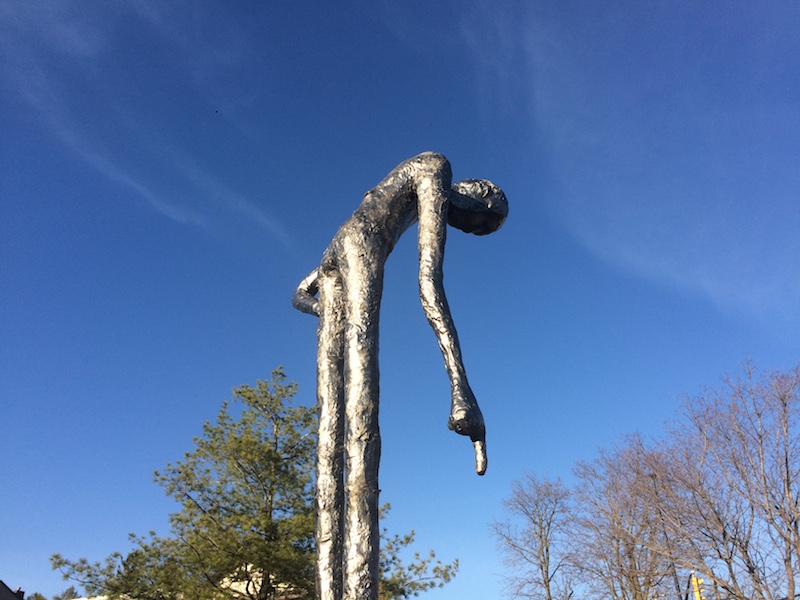 I have always found the question; “So what do you do?” very hard to answer accurately and briefly. Putting to one side the obvious jokes about me not knowing, the first problem is that there is no such thing as a typical day. On one day I might be working with sixteen eager participants on a white water rafting course, the next could pit me against thirty dismissive sales managers in a windowless training room and on a third my task may be to address four hundred students, half of whom speak virtually no English whilst the other half take the opportunity to assiduously update their social media accounts.

It’s not just variety that’s an issue, there is also the problem that comes from certain words meaning different things to different people. Once I told someone that I was a trainer, and before they even opened their mouth I saw their eyes dart down to gauge my waistline. Another time I described myself as a presenter, which prompted the response, “Oooh that’s lovely. Children’s telly, is it?” My personal favourite was when I was being closely questioned at the passport control of a North American airport, and said I was working at a nearby University. “Oh, so are you like a Professor, or what?” I found out that calling myself an “Or What” is not acceptable when dealing with uniformed officers primarily concerned with homeland security.

So rather than using a generic job title, here follows an attempt to describe my job through an articulation of three of the behaviours that I most commonly use to accomplish it on any given day.

Sir Peter Ustinov once observed that Freud and Jung did not discover anything that had not been previously observed and documented in the works of Shakespeare and Dostoyevsky. For my money, he was drawing a line between unfettered observation for the purpose of lending authenticity to art, and the focus of testing for responses to prove or disprove a psychological theory. Intimating that a psychologist will always play catchup to a good playwright may be unkind, as both base their work on observation, but the truth is that the psychologist needs a hypothesis to test whilst the playwright does not.

Having come unstuck more than a few times by opting for a quick solution through using an off-the-shelf theory in order to show off, I now constantly remind myself that I must remain curious above all else about those with whom I work. To be effective, the balance between my advocacy and my enquiry must always be skewed and the direction of my focus varied.

If you’re gonna have a hit, you gotta make it fit

Stephen Fry is a man who can accurately describe what he does pretty much as he wishes; having a long list of professions to choose from. He stated in his second appearance on Desert Island Discs in 2015, that if you want to be liked by people you cannot be an artist but you can be an entertainer. I found his assertion sad in its implied comparison, but equally a relief in that it shone a brief light on my belief that no matter the quality of my content, it relies to a certain degree on the manner of its delivery. I was also pleased that he had admitted how important being liked was to him, as it is a continuum on which I find myself quite some way along too and, like him, often further than I would wish.

The design of any training session is to transfer knowledge from one person to another. Economies of scale and scarcity of resources most often mean that I am usually given three hours in which to deliver a two-day workshop. The relationship that I build with my participants is therefore vital, being the conduit through which information will flow in either direction, and building it quickly is vital.

Being likeable, approachable and friendly are qualities as subjective as they are impossible to feign, and so the ability to entertain through using a set of skills that can be learned and honed is, in my experience, a more reliable way of creating quickly the conditions in which those I work with can access the content I offer them.

Woody Allen once said that the way to make God laugh was to tell him your plans. As growth can only occur when we stretch ourselves, my workshops immediately fail unless those I train are uncomfortable to some degree. Whether they are happy to be so, and the extent to which they reject a workshop if they are not, is impossible to foretell. All I know is whatever plan I may have made in advance, the only certainty is that it will have to change.

Adopting a course of action based on a hunch is of little concern when trying to find the train station of an unfamiliar town, but when the same decision making process is used to support a failing workshop by tackling head on a participant who is bent on catastrophically derailing it, it can become incendiary. Whilst extreme, this example is not without precedent but thankfully far more rare than the grumpy participant attending under protest.

Regardless of the above, it is a fact that I have no knowledge of the outcomes that would motivate those who attend my workshops, yet they must be considered. It would also be true to say that many attend under some degree of protest, and if I cannot make them and any contribution they make to a course feel valued, it will not fulfil its potential. As success at either of these is impossible to guarantee, whatever I do is invariably a bit of a gamble.