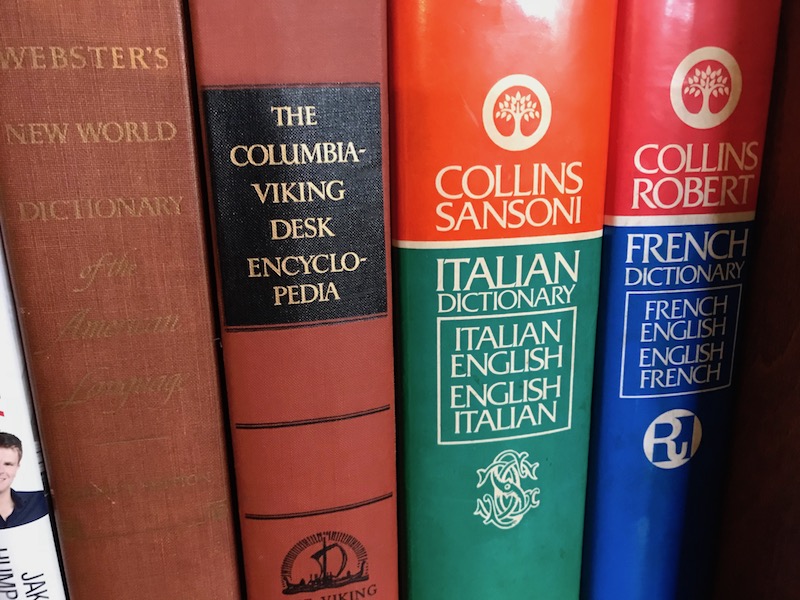 When I was about twelve, a classmate introduced me to the joys of Roget’s Thesaurus. After only a short time, it became apparent that the wearisome task of writing essays would become much more exciting as my characters could now “perambulate” whereas before they had merely walked. I was delighted that an elevator could reach its “pinnacle” at some point in my stories if I so wished, and had you read one of my essays, you too would have marvelled at the literary impact made every time I described someone “decanting” a cup of tea. Thankfully for both my English teacher and for me, this fad soon passed, and I continued writing dull stories that habitually ended with the protagonist waking up, the entire story having been just a bad dream rather than a repulsive reverie.

The irony of writing about language is far from lost on me, and I am happy to be corrected or criticized as the need may be, but one of the outcomes of three years spent dissecting plays, texts and poems at drama school is the untrained love of language that I now enjoy. I am undecided when it comes to the battle between pedantic and progressive camps; I tend to side with the former in terms of grammar and vocabulary, and the latter when it comes to freedom and creativity. In other words, I do prefer “would have” to “would of”, but I cannot construct a valid argument against the the gradual shift that means “proper” will inevitably mean “really”. After all, what would my gay friends think?

I once read that Julius Caesar had a habit of referring to himself in the third person in order to gain a higher status in the eyes of others. I have no idea if this actually worked or not, but I imagine that must have made it quite hard for those in his entourage to know exactly to whom he was referring when he presumably said things like “He’s such a magnificent warrior and has won a great battle there.” Equally confusing for me is the fact that during the last ten years or so, it has become the norm for salespeople in particular to try the same trick. Except that it’s you they are talking about rather than them, and I am not so sure they haven’t just convinced themselves that “yourself” is really the polite form of “you”; they use it with great enthusiasm when trying to flatter you into parting with your money. I don’t really mind it so much, as correct grammar is unlikely to make me want to buy anything, but I just want to tell them they sound a bit foolish and insincere. Doing so would park me firmly in the pedant’s camp, which is a place that myself doesn’t care to be.

Maybe what matters most is the intention, as shown by the eager young flight attendant of a very delayed flight I was taking from Edinburgh to London a few years ago. I think it must have been one of her first flights working in the cabin; she was clearly nervous, but her manner and attention to detail were utterly exemplary. Due to the severity of the delay (which was counted in days, not hours) the passengers were given free food, unlimited drink and countless apologies. I had at last settled in my seat, and was getting my papers ready to do some work on the flight, when she noticed me struggling in the Scottish evening gloom. Fuelled with her Thesaurus, she approached me and asked me if she could “facilitate” the light above my head to make it easier for me to read. Amused by this use of the word but grateful for her thoughtfulness, I considered correcting her for a moment, but smiled and said she could indeed, and with my thanks.