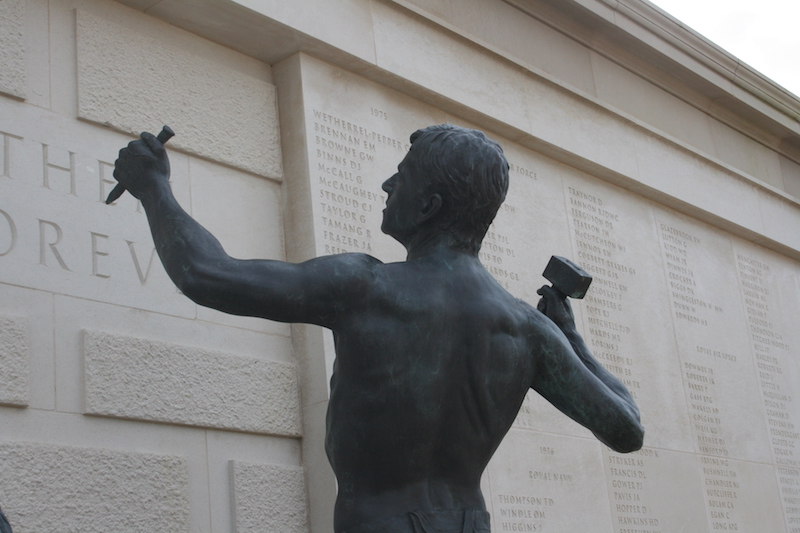 Noel Coward once declared that “Television is not for watching; it is for being on.” The social activist Mary Whitehouse didn’t like much of what was on it in the 1960’s, and famously held the Director-General of the BBC at the time “accountable for the state of the country.” Be that as it may, neither would have become household names had the public not granted them such status, and both needed the media to get it.

On Friday 24th February, the White House barred the BBC, CNN, New York Times, LA Times and several other news outlets from an off-camera press briefing, handpicking instead a select group of reporters to attend. It’s not the first time that an administration has spat its dummy out, it won’t be the last and it is for others better educated and more informed than I to offer explanations about politics and protocol. As an exploration of the relationship dynamics at play in this episode, I offer an allegory from my time as a jobbing actor.

It’s the early summer of 1999, and amongst the few auditions for profit-share theatre and commercial castings that I had managed to get that year, I found myself at the receiving end of an offer for six weeks’ work at an international trade fair in Switzerland with generous pay and conditions. To me this was the equivalent of a lottery win, so I agreed before even bothering to look at what the job entailed.

It turned out to be an absolute corker, as the client had gone to considerable lengths to stand out in the cut-throat world of global telecommunications. A four floor futuristic-looking structure had been comissioned that would house six interactive experiences and dwarf the competition. Scripts had been written and twenty actors were to entice, entertain and educate guests and passers by about the next generation of technology designed for a new millennium.

In late August the entire company met near Tottenham Court Road in London for the start of rehearsals, and after two hours of formal introductions and a project outline by the producers, we were given our first coffee break. Milling around with styrofoam coffee cups and bacon rolls, we promptly did what most actors do at the earliest opportunity; find out who we know in common and what’s inside each others’ pay packets.

It transpired that sixteen of us were being paid one wage whilst four were receiving considerably less for no apparent reason. In fact, so large was the disparity that a mutinous feel quickly developed and we agreed that equality should and would be guaranteed before any work was carried out. Brimming with a sense of injustice, we returned from our break and fired an opening salvo with as much menace and indignation as we could muster.

In what turned out to be genuine surprise, total understanding and more than a little concern for the success of their vastly expensive and carefully planned project, the producers instantly opened their files and showed us copies of each and every contract. They proved beyond a shadow of a doubt that we were all being paid precisely the same amount. The problem, it became clear, was the sticky fingered agent who represented the four on the lower wage.

A posse was formed, a visit was paid, heated words were exchanged during an improbable meeting and a quick telephone call to the producers was placed. Peace was restored in a few short hours, and we all went back to work. The rest of the job was calm, hugely enjoyable, financially rewarding and everyone enjoyed a delightful sojourn by Lake Geneva in the late summer.

In the few years that I worked as a professional actor, I was involved in several other episodes of difficulty relating to pay or conditions, and none were resolved as quickly or satisfactorily as this one. On each and every occasion the weak link was the fact that what one actor refused, another was willing to accept and the producers were always able to play us off against each other.

And so it seemed to be amongst the White House press corps the other day. It really doesn’t matter that the administration had banned some of them; it’s their party and their prerogative. It also was just a gesture which can be interpreted as petulant or principled, but not potent; those who weren’t banned didn’t have to go.

Twitter and other social media platforms may have seen to it that the mainstream media is no longer the gatekeeper of information in the modern age, but the power isn’t with the one who tweets, it’s with the one who reads them.